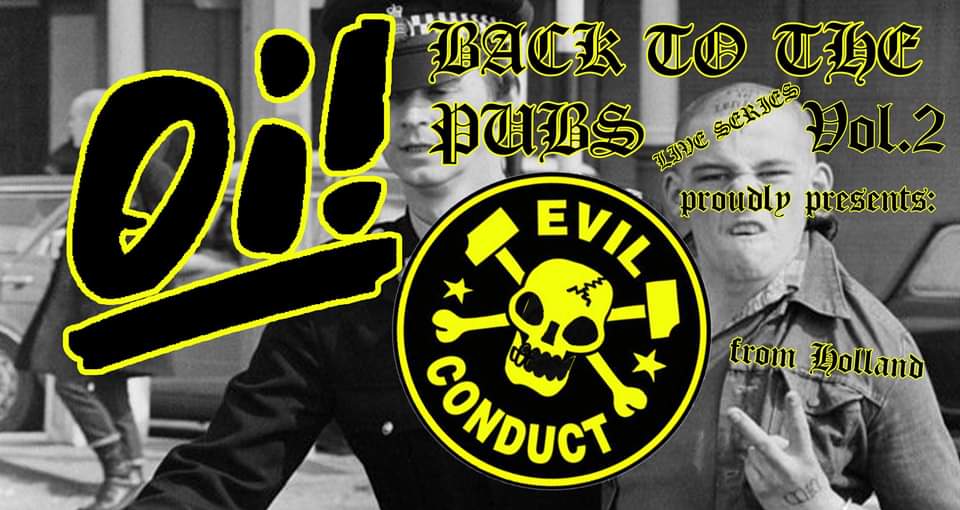 share close
email
Oi! Back To The Pubs Vol.2
proudly presents.
Evil Conduct Official / Holland
Oi Oi music for the working class with singalong melodies.
From the Streets To The Streets
Many times Evil Conduct was compared with legendary Oi! bands from the early eighties. They were even nicknamed “the Dutch Last Resort”. Although the band regards this as a big compliment it is obvious that Evil Conduct has its own identity with its own distinctive sound. Their music may be classified as basic, straight-in-yer-face, sing-along working class Oi! with powerfull vocals.
Evil Conduct was originally formed in 1984. But, with 2 skinheads in the line-up it was very hard to get any gigs in the eighties. After recording a demo and only a hand full of gigs, the band called it a day in 1988. In the nineties however, the demo-recordings were released as two 7″ singles, and because hardly anybody knew anything about Evil Conduct, the band became some kind of obscure legend. In 1998-99 the band agreed to make a come-back after numerous requests by promoters. Since then, Evil Conduct has played gigs all over Europe and they have obtained a good live-reputation. The band is also renowned for its strong skinhead-identity, and what’s more, singer-guitarist Han is a well-known tattooer working at KING OF KINGS TATTOO.
In 2015, Ray decided to leave the band and later that year the band fell apart completely.
++++ Support
Einlass: 20 Uhr
Karten: saxTicket – Der Kartenschalter
AUSVERKAUFT 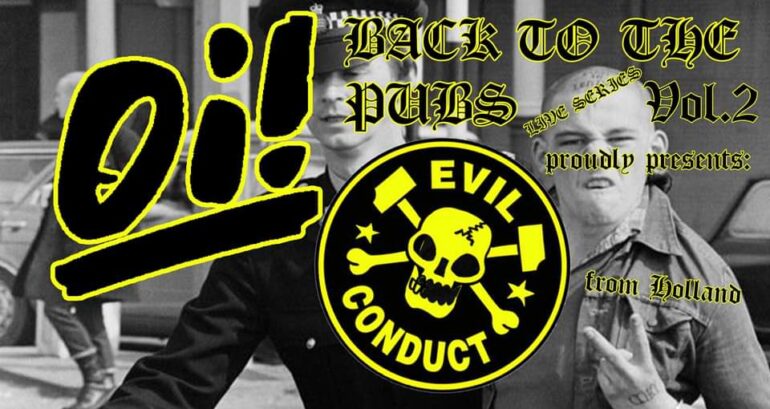 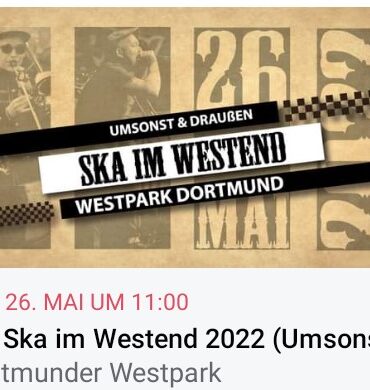 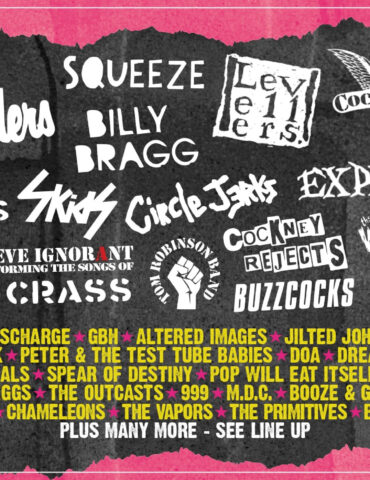 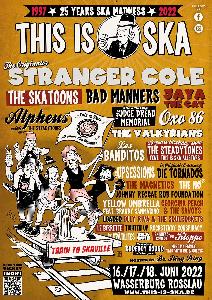